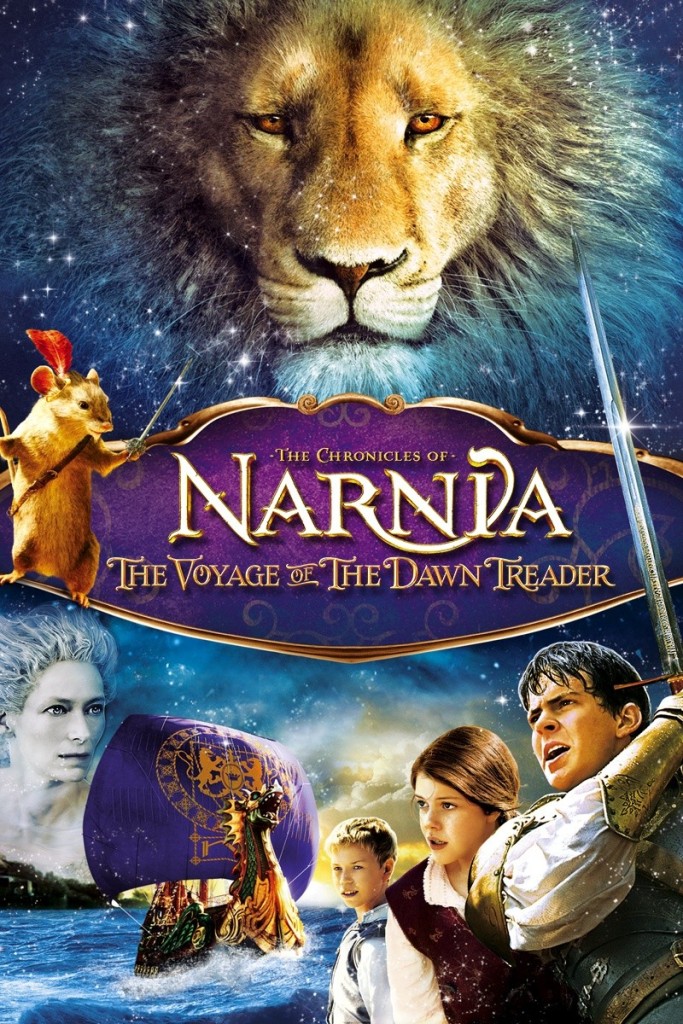 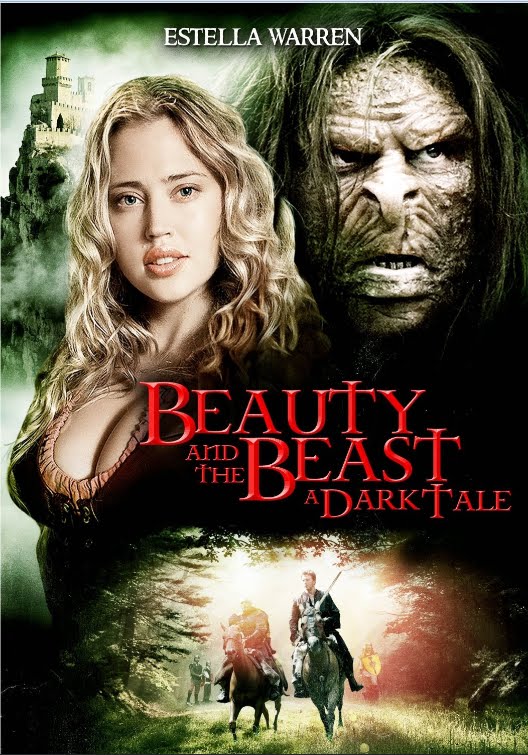 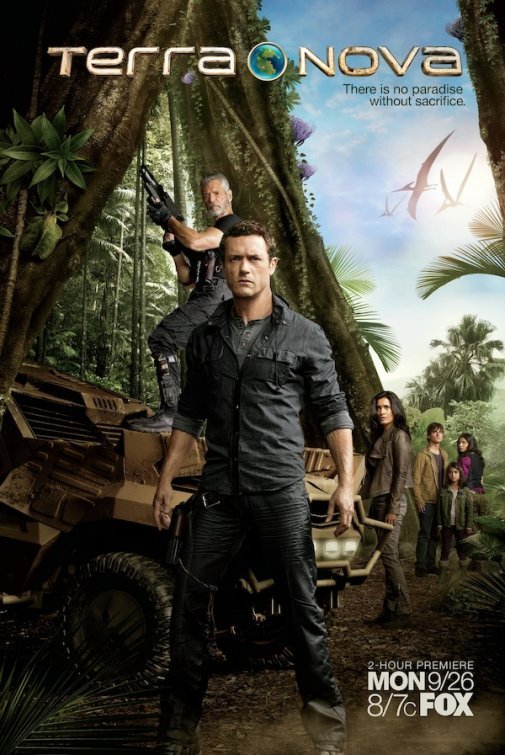 Internationally recognised film and television makeup artist Sharon Robbins talks to us about her career as a makeup artist and advise for inspiring makeup artists.
Sharon has been a practicing makeup artist for 28 years with recent film credits for hair and makeup artistry on the new Pirates of the Caribbean, Thor and King Kong film. Sharon who was formerly head of the makeup department on television series like Terra Nova, Mako Series 1, The Lost World and K9 shares her secrets on how to build up clientele and a portfolio when starting out as a makeup artist. 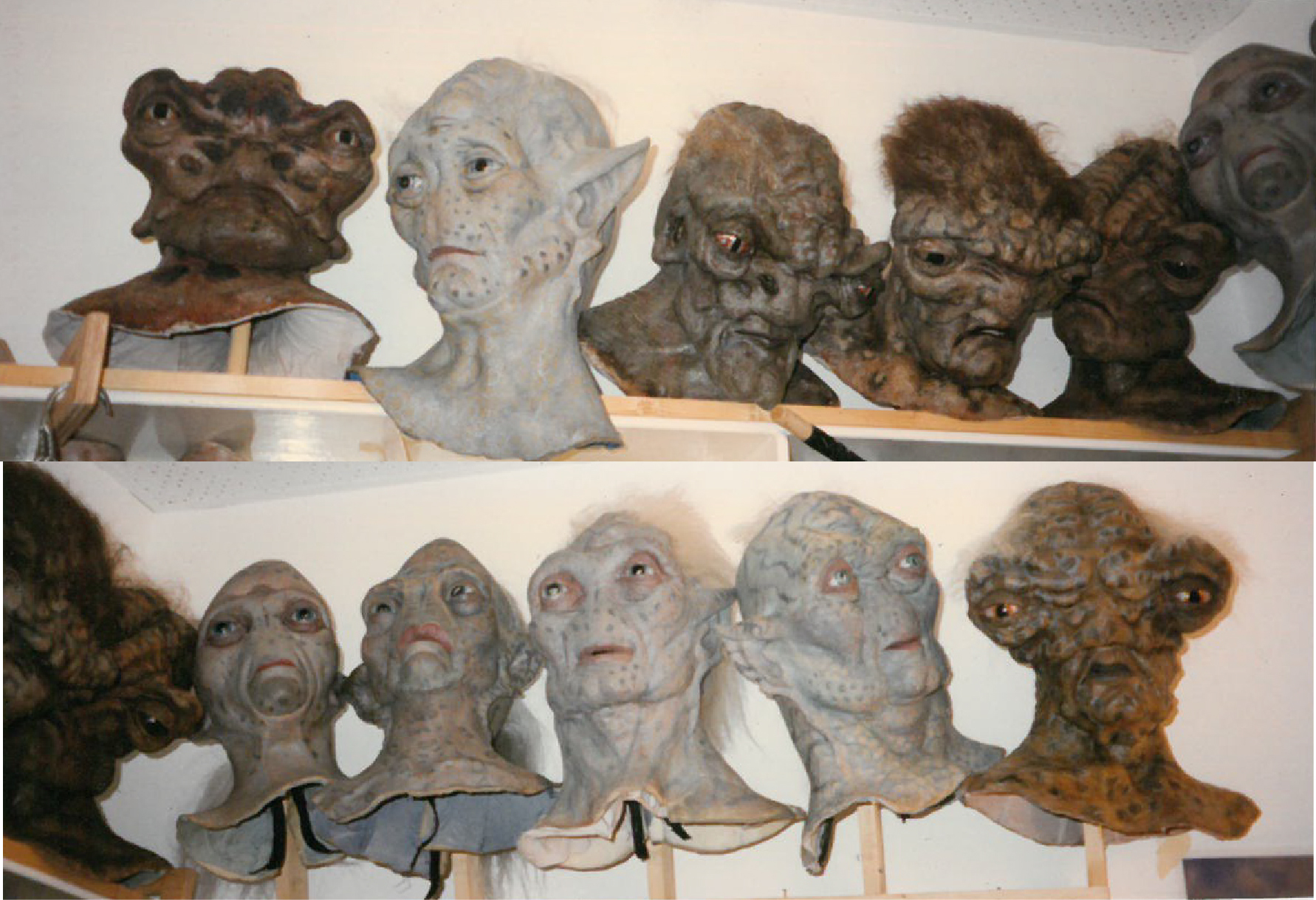 I didn't really know this job existed at the time. My school didn't have a big careers choice but I knew that I didn't want to do any normal 9 - 5 job.
Being creative with makeup from a young age, I explored the makeup avenue and even remember trying to do a face cast on my younger brother after reading a book on how to do it! I think I was only 13 and he was 9 when attempting to do the face cast with my mum intervening. A few years later after watching American Werewolf in London I was so inspired with the makeup Rick Baker had done that I wanted to learn how to do it, so I trained as soon as I left school at 18. 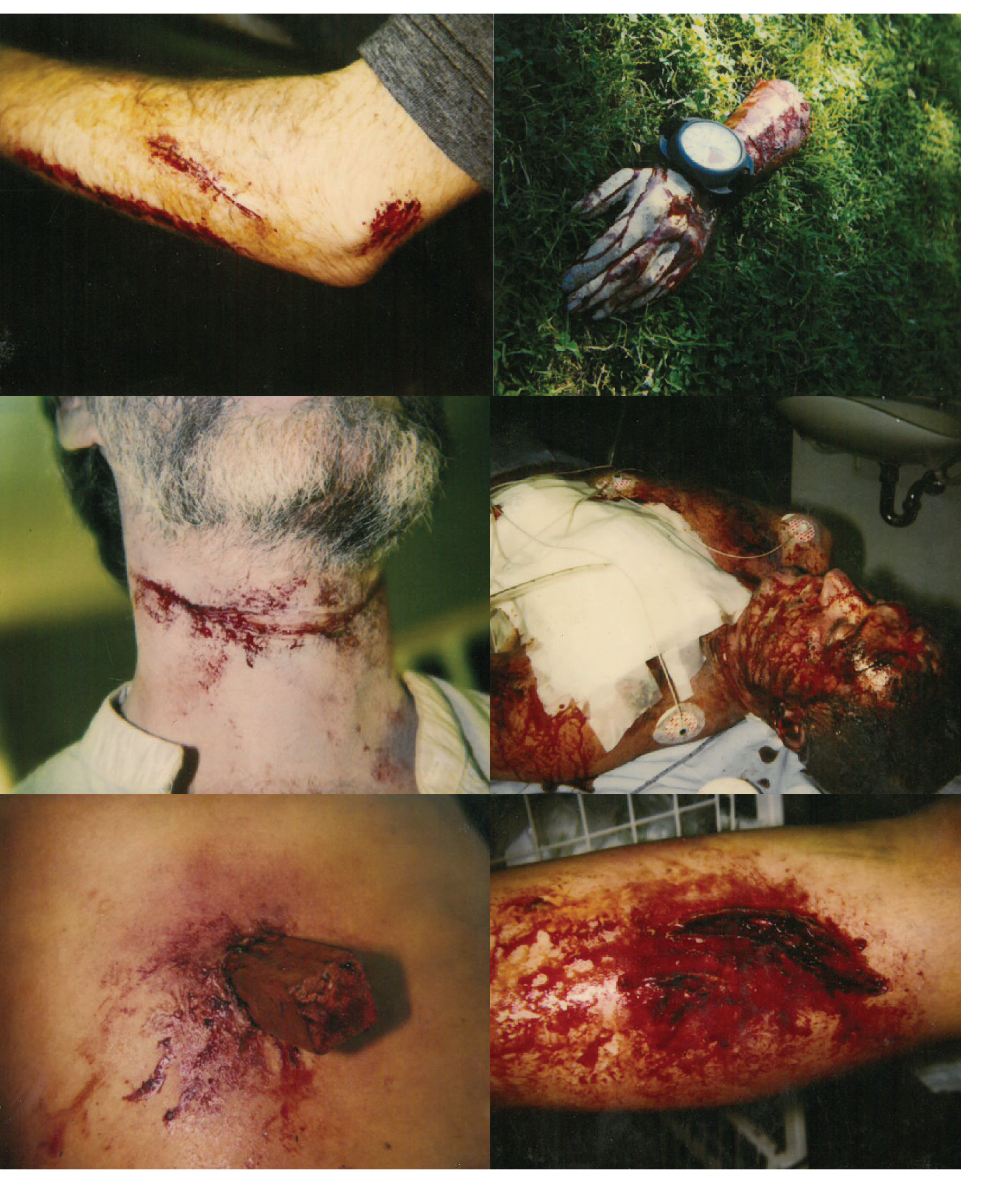 How did you get your clientele when initially starting out as a professional makeup artist?
I advertised in papers, put notices up on boards and did portfolio shoots regularly. I lived in London at the time, so I walked to nearly every production house and model agency with my homemade portfolio, just to try and get a job! Eventually someone gave me a try.
I began to work with a photographer that enabled me to get better prints and experiment more creatively with body art. 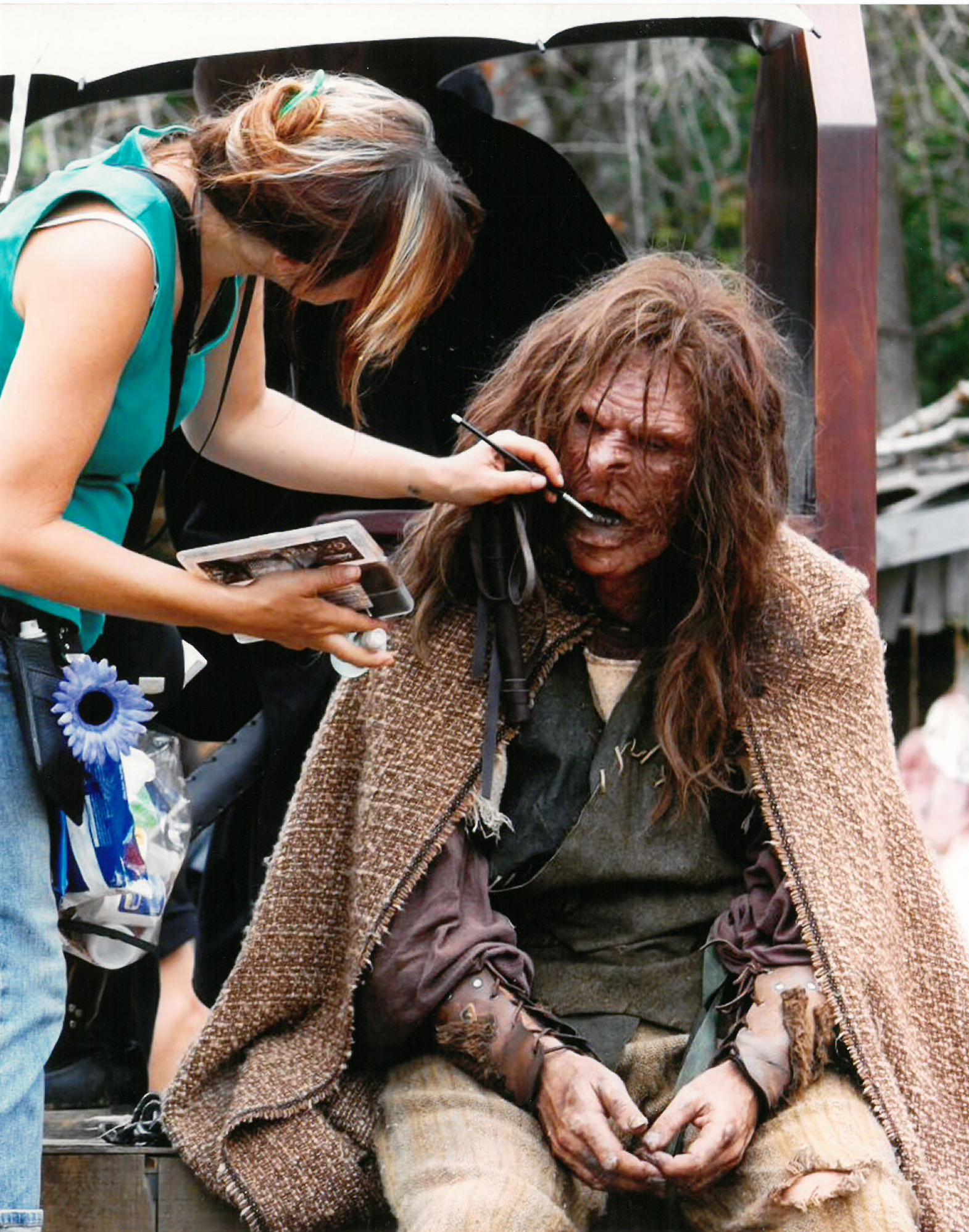 At Huxley we are huge fans of your work and love that you have so much experience working on block buster films like Beauty and the Beast, Narnia and Mako: Island of Secrets. Tell us what your experience was like working in film and television and what tricks you used to crack into such a competitive industry?
For me, I can still say I love it today as much as I did when I first started out. I love any challenge. My nickname on one show was the MacGyver of makeup as we had so many things thrown on us to create on a moment's notice.
I love working in collaboration with a team. I think you know when you are on the right path as the passion drives you.
I did a lot of unpaid work when I first finished college at the London International Film School that helped to build my confidence and experience. It was from these days that I got recommended to head a feature film in Scotland at the age of 23. The film was all about Jacobite Rebellion and I had to manage 200 film extras! There were so many wigs and battlefield wounds! Talk about being thrown in the deep end! 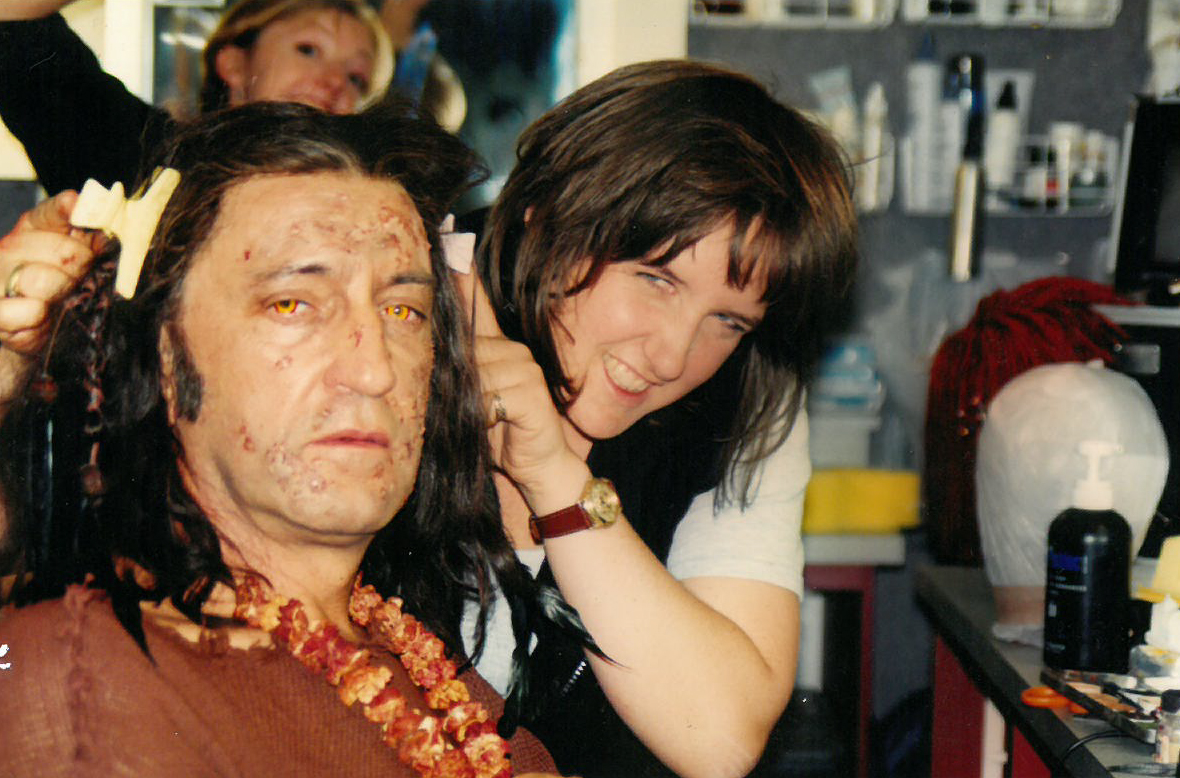 Seeing that you have had such an impressive career as a MUA, what would you say has been the highlight so far?
Being nominated for an AFI(Australian Film Institute) Award for a film called Sisters of War for the work we achieved on that film.
There wasn't a category for makeup at the time but they were so impressed with my work they put the nomination in anyway. It cost them money to enter a category and so I guess I was just so touched and proud of my team that we were given that recognition. It was an incredible story and the makeup/hair was challenging on it.
Also, doing the first series of Mako - there wasn't much for makeup so we got creative with the hair so that every day each mermaid had a different hair style and no hair style was repeated in the series. One fan watching the show noticed this and wrote to me to let me know! It goes to show that the fans really do watch out for things!!
There have been so many highlights in my career but one of the most surreal I think was having a chat with Johnny Depp on Whitehaven Beach - thinking life is pretty good!! I also have my Cinema Pioneer Card which is awarded after 20 years of Film credits.